"Day In Day Out" ("Alle Tage") by Terézia Mora now available in Ukrainian! 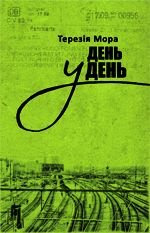 I met my good friend and translator from German Chrystyna Nazarkewytsch. She told me a good news: Terézia Mora's novel Day In Day Out (Alle Tage) (2004) in her Ukrainian translation hit the stores! The publisher is Litopys Publishers (Lviv).
*
...On an early autumn Saturday morning in a neglected playground not far from the railway station three women found the translator Abel Nema dangling from a jungle gym: feet wound round with silver tape, a long, black trench coat covering the head, swinging slightly in the morning breeze...
* 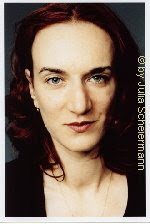 Terézia Mora was born 1971 in Sopron, Hungary. In 1990
she moved to Berlin, where she studied theater arts and
Hungarian literature at Humboldt University and screenwriting
at the German Film and Television Academy. She has
worked as a translator of contemporary Hungarian literature
and freelance writer since 1998. Her first collection of stories,
Strange Matter (Seltsame Materie, 1999), received rave
reviews, and one of its stories won the prestigious Ingeborg
Bachmann Prize (1999). Her first novel, Day In Day Out (Alle
Tage), was chosen as the best German novel of the year at the
Leipzig Book Fair in 2004. She is widely recognized as one of
the most noteworthy voices of her generation.
*
The Enlgish translation appeared in 2007 (translated by Michael Henry Heim).
Опубліковано Лев Грицюк | Lev Hrytsyuk о 06:28